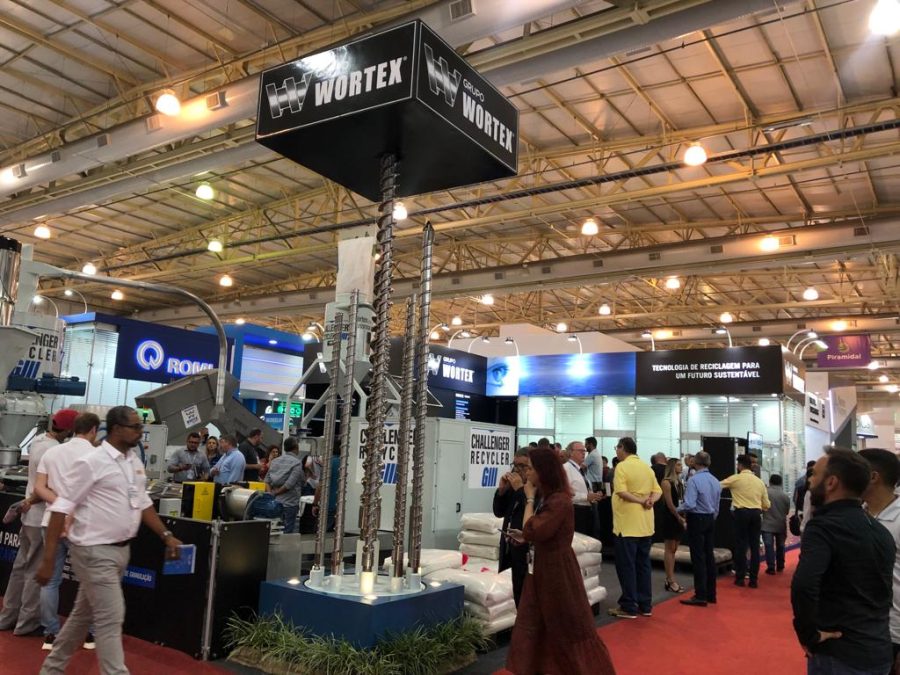 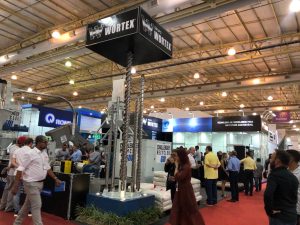 In the resumption of the face-to-face model, the event brought together 400 brands, 30 thousand people and should generate another R$ 300 million in the next twelve months

The plastics industry returned to the rhythm of effervescence with the 11th Interplast – Plastic Technology Integration Fair and Congress, which took place from April 5th to 8th, at the Expoville Convention Center, in Joinville (SC).

During the four days, 30 thousand people visited the event, including visitors, exhibitors, congressmen and participants in the Business Round.

Among the public, representatives from 695 cities and 24 states, especially Santa Catarina, Paraná and São Paulo. A highlight, also, for visitors coming from the Northeast region. The fair was also attended by foreign visitors from 17 countries, especially those from South America, such as Paraguay and Argentina.

Presenting the main technologies, equipment, raw materials and innovations developed by the industry since the beginning of the pandemic, presence of 400 national and international brands.

As a result of this great meeting, the 11th Interplast estimates the generation of R$ 300 million in business, which should be handled over the next twelve months. The value represents a growth of 16% compared to the previous edition, held in 2018.

For the director of Messe Brasil, the movement of people and businesses registered at the event proves that Interplast remains a protagonist, being a showcase for the plastic industry in the country, marking the resumption of face-to-face events and projecting the importance of the state of Santa Catarina for the sector.

“Interplast is the only fair that brings together the entire plastic chain. In this edition, which is even more special for breaking public and business records, at the time of the post-pandemic recovery, we show the strength of our state, which has high rates of industry growth and concentrates some of the main plastic transformation companies in Brazil, recognized for the quality of their products worldwide”, says Richard Spirandelli.

In addition to the record number, Interplast’s public is increasingly qualified, resulting in more assertive and profitable negotiations.

For the first time exhibiting at the event, Virtual Automação had its expectations exceeded.

“Measuring in numbers, I would translate that 85% of the public is quite qualified and interested in finding solutions. The result was also very satisfactory in terms of business generation: we sold two pieces of equipment and another six are scheduled to close in the coming week”, celebrates the commercial consultant of Virtual Automação, Jaan Tammerik.

The high level of Interplast’s visiting public can be demonstrated in the following numbers: 10% of visitors are business partners/owners; 12% are managers; 10% are directors.

Regarding the closing of the deal, 39% of the visitors have a purchase decision, and 33% participate in the research, planning and recommendation processes of acquisitions.

In addition, 19% of Interplast visitors work in companies with more than 500 employees. Among the products of greatest interest at the fair, 14% of visitors came for machinery and equipment, 12% for raw materials and inputs, and 8% for industrial automation.

In addition to the commercial relations initiated and implemented at the fair’s stands, the Business Round was another important moment for the consolidation of new partnerships.

This year, it is estimated that the round has generated R$ 5 million in business, in 586 meetings, with the participation of 40 suppliers and 20 buyers.

After participating in the Business Round held in 2020, online, the plastic injection company CR Produtos, from Bragança Paulista (SP), approved the face-to-face experience.

“The feed back and the exchange of cards were very good. We came looking for suppliers of resin for raw materials and machines and we found some contacts with companies here in the South region that I didn’t have access to, in São Paulo. Here we already had the return of what we came to look for. We will definitely come back again”, said the buyer of CR Produtos, Monica Maria Silva.

Also essential for the development of companies and professionals, technical content was one of the points valued by the 11th Interplast, which offered extensive free programming.

One of the highlights was the Graphene Journey, with the participation of 120 people who were able to learn more about the technology that makes it possible to produce plastics that are more resistant than steel.

According to Érica Ferreira, innovation director at Zextec, a company specialized in improving industrial processes, focusing on the development of nano solutions from graphene, the objective of the journey was to demystify graphene and show professionals in the area how it can be applied in different types of industry, its differentials, benefits and also its economic viability.

“Interplast is being important to give more visibility to graphene, to show that it is economically viable, its technical benefits such as greater durability, heat resistance, flexibility. At the fair we are making many contacts that should become new partnerships in the coming days”, evaluates Érica.

The technical content program also featured the exhibitors’ Workshops, which brought together 540 participants; the CINTEC Plásticos 2022 technical congress, held in partnership with IST, Senai SC and Fiesc, which brought together 180 people; and the 1st South Plastic Circular Economy Forum, an initiative supported by Simpesc, Simpep, Sinplast-RS and Simplas, which was attended by 140 participants.

A hot topic in all sectors of society, sustainability also gained special space at the 11th Interplast, with the 1st Forum on Circular Economy Plastic South.

During an afternoon, the public followed discussions about public policies in the recycling industry and challenges of the national solid waste policy; impact of the war in Europe on Brazilian petrochemical investments; high-performance PCR flexible packaging and circular ecosystem; and saw successful cases of large companies such as JBS Ambiental and O Boticário.

The event was held in a hybrid format with the participation of the public in person and broadcast live on the Plástico Sul YouTube channel (youtube/plasticosultv), where the content remains available for viewing.

According to the president of the Union of Plastic Material Industry of Santa Catarina (Simpesc), Albano Schmidt, the event was enriching for addressing all aspects of the circular economy, such as logistics, legislation, practical examples of cooperatives, final products, additives , among others.

“Discussing the topic in a Forum like this is fundamental because it brings together all the interested parties and in an event like this, with the repercussion it brings, we managed to reach many more people and sensitize all the actors in this chain, without this communication, without the everyone’s participation does not circulate”, he declared.

In addition to highlighting the circular economy in its technical content programming, the 11th Interplast also played its part and sent 15 tons of waste generated during the fair for recycling, benefiting several families that work with this activity.

OVERCOME AND GOALS FOR 2024

For the director of Messe Brasil, Richard Spirandelli, the results obtained by the 11th Interplast prove the importance of the event for the plastics industry and reinforce the responsibility to continue the event’s evolution process.

“For the next edition, we will work harder in parallel events, seeking to present news and subjects that bring competitiveness to the industry; We will seek partnerships with publications and entities worldwide to expand the scope of the fair, in order to attract exhibitors and visitors from outside Brazil, especially from South America”, he predicts.

The 12th Interplast will be held in August 2024, returning to its original date, during the second half of the year. And Spirandelli points out: “We are already waiting in line for the spaces for the next edition”. 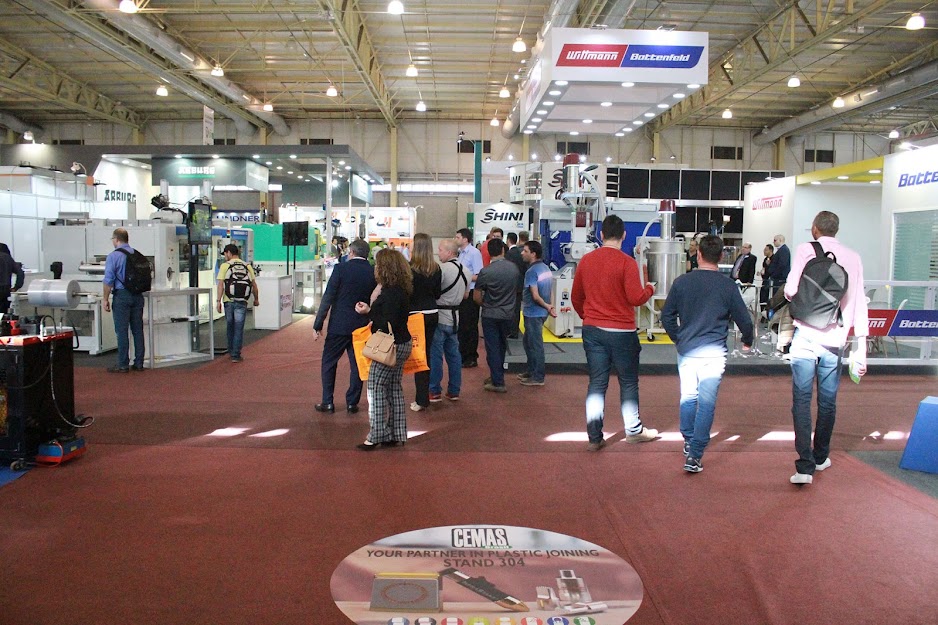 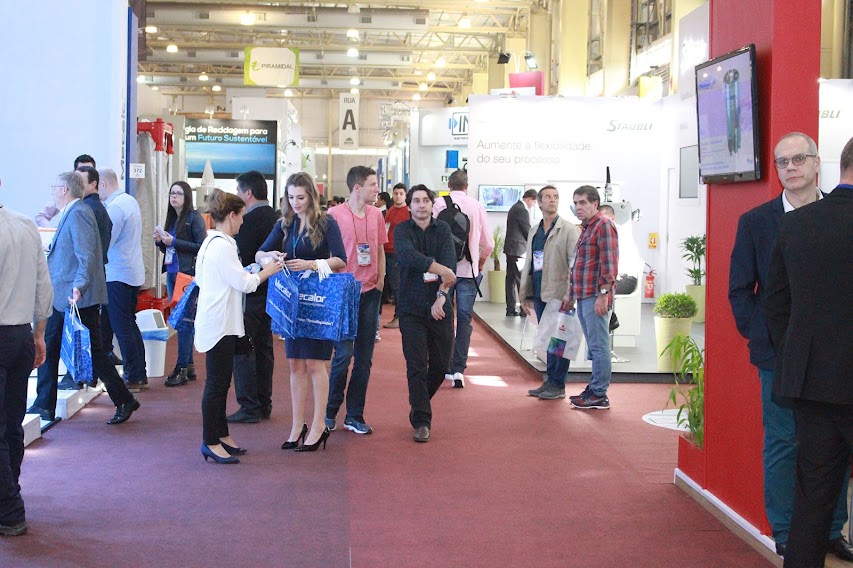 Interplast will have quality, instrumentation and organized by CSQI, ABIMAQ’s Sectorial Chamber 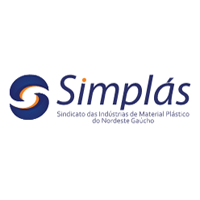 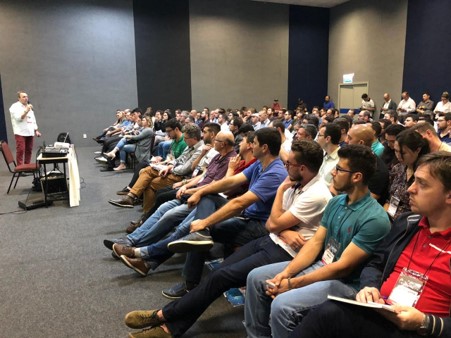