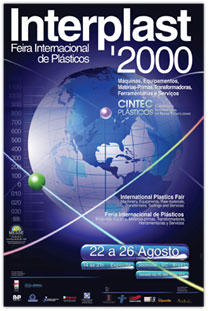 In total, more than 250 Brazilian and foreign companies were visited by an audience of 26 million people who participate from all over Brazil. From abroad, visitors from 12 countries were registered, including Germany, Austria, Spain, Portugal, United States, Mexico and all of South America. Interplast had exhibiting companies in each segment of the plastics production chain. In the eight thousand square meters at Expoville, they are present from manufacturers of machines, equipment, raw materials, transformers, tools (dies and molds) to services.
Santa Catarina was the pioneer state in the transformation of plastics 55 years ago, when the first plastic injection machine entered its territory. As 200 plastic processing industries in the state employ 19 million people and reached a turnover of R $ 1.7 billion in 1999. With this performance Santa Catarina or second national pole in the sector, behind only São Paulo.
Floor Plan
Post Show Report
Exhibitors 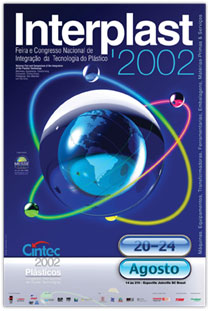 R $ 100 million was raised in business that will be completed in a period of up to twelve months after the fair, R $ 10 million more than the initial expectation. An audience of 25 thousand people, 70% of whom were professionals, from all over Brazil - AL, AM, BA, CE, ES, GO, MA, MG, MS, PE, PR, RJ, RS, SC, SP, among others - visited Expoville during the five days of the fair. From abroad, visitors from Germany, Argentina, Cape Verde, Chile, South Korea, Ecuador, Spain, United States, Japan, Italy, Paraguay, Portugal, Taiwan and Uruguay, among others, were registered.
Floor Plan 2002
Post Show 2002 Report
Post-Feira report 2002 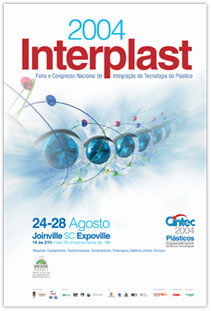 
Third edition of the National Technology Integration Fair and Congress Plastic generated business of R $ 115 million and attracted an audience of 25 thousand people. Interplast 2004 - closed consolidated as the second most important event in the national plastic industry and the largest business event held in Joinville (SC). 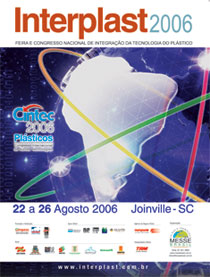 Interplast 2006 in a new pavilion

About 30 thousand people passed through Expoville pavilions during Interplast 2006, an increase of 20% in relation to the last edition. With this, the forecast is for the generation of business in the order of R $ 160 million in one year after the fair. Interplast 2006 brought together about 300 companies from the country and abroad. The fair grew and, with the new pavilion, gained better infrastructure.
Floor Plan 2006
Post Show Report 2006
Exhibitors 2006 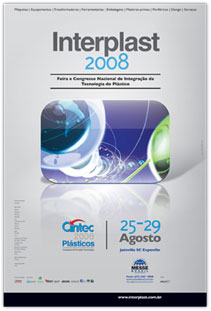 28 thousand people passed through Expoville pavilions during Interplast 2008, from August 25 to 29, in Joinville.
The fair should generate business in the order of 400 million. In this edition, the SC state has become the best state as a result of sales for some exhibitors.
Pictures 2008
Floor Plan 2008
Post Show Report 2008
Exhibitors 2008 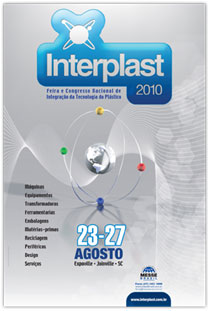 The sixth edition of Interplast, which took place from August 23 to 27, became the largest plastic fair in occupied space and number of exhibitors, held in Latin America in 2010 and the largest in the southern region of this sector. The number of exhibitors grew 25% compared to 2008, totaling 500 companies. The fair covers an area of ​​20 thousand m², 12% greater than that of 2008. Interplast has become a reference for solutions and modernization alternatives for the industrial park in the southern region and brought together the main companies in the national and international market. In addition to companies representing all Brazilian states, the event brought together exhibitors from seven other countries - Germany, Canada, USA, China, Taiwan, Argentina and Turkey.
Video 2010
Photo Album 2010
Post Show 2010
Exhibitors 2010
Floor Plan 2010 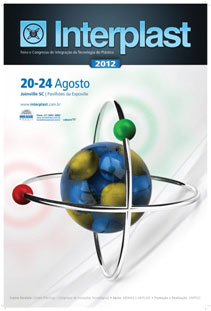 The fairs brought together the latest technologies for the plastics and molds industries and received visitors from 23 Brazilian states and 23 other countries.
The full corridors and the high level of products and new technologies presented by the exhibitors showed why Interplastestá was consolidated as the most important fair of the segment in Latin America in 2012. In parallel, the 1st Latin American edition of EuroMold Brasil - World Fair of Builders took place of Molds and Tools, Design and Product Development - the most important molds event in the world, originally held in Frankfurt, Germany.The estimate is that the fairs generated around R $ 480 million in business during its five days and six following months, due to the contacts initiated during the event.
With visitors coming from 23 Brazilian states and 23 other countries, most of them from South America, followed by the USA and Europe, the total audience exceeded 28 thousand visits. Professionals from the plastics industry were the largest number of visitors to the event, followed by the automotive, electronics, electronics, home appliances, civil construction, energy, petrochemical, engineering, transportation and logistics, and foundry segments, among others.
Floor Plan 2012
Post Show 2012
Video 2012
Photos 2012
Exhibitors 2012 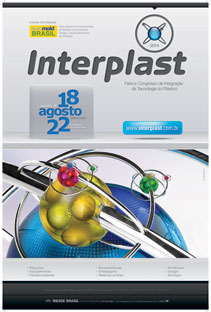 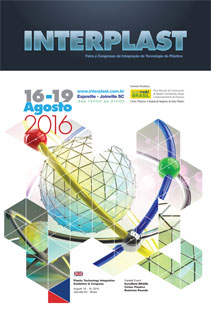 
Against the crisis, companies bet on fairs and leave satisfied, with several closed deals. During four days, from 16 to 19 August, the city of Joinville (SC) received more than 380 exhibiting brands from the plastics, molds and tooling sectors. Companies bet on the city and, going against the crisis, presented new trends and technologies at the Interplast and Euromold Brasil fairs. In a general climate of satisfaction among exhibitors, many of them closed deals at the event itself and others took advantage of the environment to initiate contacts. R $ 350 million in business was generated in the twelve months after Interplast.
Floor Plan 2016
Post Show 2016
Video 2016
Photos 2016
Exhibitors 2016 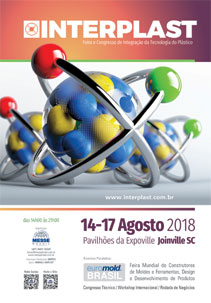 Fair receives 28 thousand visitors from all regions of Brazil and 12 other countries
The atmosphere of surprise and satisfaction was general among the 400 exhibiting brands of Interplast and EuroMold.
The number of visitors reached the mark of 28 thousand people, coming from 24 states, from 683 different cities, covering all regions of the country, especially SC, PR and RS, followed by São Paulo, other states in the Southeast and the Northeast. In addition, visitors were registered from 12 other countries, from South America, coming from Argentina, Chile, Ecuador, Paraguay and Uruguay, and from other continents of China Spain, USA, England, Italy and Thailand. The quality of the visitors is evident in the profile identified at the event. 13% are directors, 10% are partners or owners and 11% are managers. Most came in search of machines, finished products, raw materials, processes, tools and devices. 25% of the public participates in the final purchase decision, 21% research products and solutions, and 15% recommend it. The segment with the largest presence was the packaging, engineering, automotive and plastics industry for civil construction.
Floor Plan 2018
Post Show 2018
Video 2018
Photos 2018
Exhibitors 2018